Adam Rosenbloom voices the main villain in the videogame, CROWNS AND PAWNS, KINGDOM OF DECEIT

Adam Rosenbloom most recently voiced the antagonist, Professor Karolis, in the video game CROWNS AND PAWNS, KINGDOM OF DECEIT developed by “Tag of Joy,”

He voiced the roles Reeves Pershaw and The Shopkeeper for the videogame NEURONET MENDAX PROXY (Dream Harvest – full release in July 2022). He also voiced the role of The Bus Driver for the animated Webcast PENCILMATION (release date TBA).

Previously he was the voice of Admiral Hijikata for the video game STAR COMMAND (Capsulated Software/Nintendo Switch) and Commander Ensen for LORNSWORD, a real-time strategy game developed by Tower Five.

Adam studied acting and voice-acting (commercial, animation, video games, audio books) at Actor’s Connection, Edge Studio, Abacus Entertainment, Ripley Grier, and singing at THE PERFORMERS CAREER CENTER in New York, NY. He holds a BA in Music from Columbia University, an MFA in Orchestra Conducting from Carnegie-Mellon University, a certificate in opera conducting from the Conservatorio “G. Verdi” in Milan, Italy, and an MS Ed in Vocal Music from Queens College.

Adam is a tremendous talent, with a wonderful voice and highly professional attitude.

He took direction very well and was able to deliver multiple readings, with many differing tones and energy, giving us a wealth of options to construct our animation from.

A pleasure to work with.

Working with Adam was an absolute pleasure from start to finish. He has a keen ability to bring characters to life and did an amazing job of playing one of the main antagonists, Pershaw, and one of our minor characters, the Shopkeeper, in our upcoming game, NeuroNet: Mendax Proxy. Our players have loved his performance of both.

Adam’s professionalism, ability to take direction, quality recording and on-time delivery of assets made my job as the Audio Director on the project much easier. He also went above and beyond by helping us with the promotion of the title by getting involved with a documentary about the “Voices Of Mendax Proxy”. I’m looking forward to working with him again in the future. 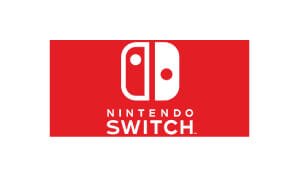